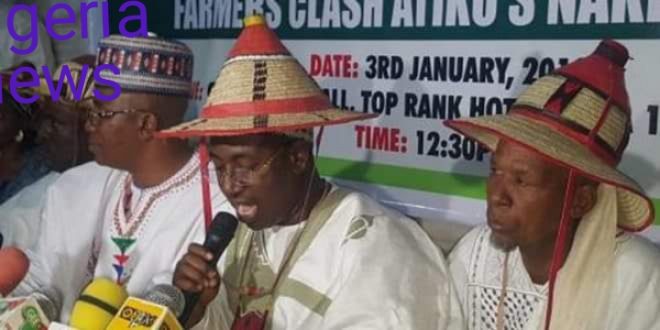 The Miyetti Allah Leader in Kaduna state, Alhahi Abubakar Abdullahi has been killed by bandits.

According to the information, bandits invaded the residence of the leader of Miyetti Allah Cattle Breeders Association (MACBAN) in Lere community Kaduna State and shot him dead.

The information stated that the killing was done as a result of the inability of the Miyetti Allah Leader to provide the sum of N20 million ransom they demanded.

Nevertheless, the chairman of Miyetti Allah Cattle Breeders’ Association of Nigeria Abubakar Abdullahi was murdered by unknown gunmen at his residence in Lere Local Government Area of Kaduna State.

The assailants reportedly stormed the home of Abdullahi in the early hours of Friday and dragged him away to a nearby place before carrying out their dastardly act.

Director of Media and Publicity of MACBN in Kaduna State, Ibrahim Bayero-Zango, who confirmed the incidence said however that there is no official statement from the state or the Police yet.

Read Also: How I Saw My Missing Friend As A corpse For Dissection In Medical College-Nigerian Man