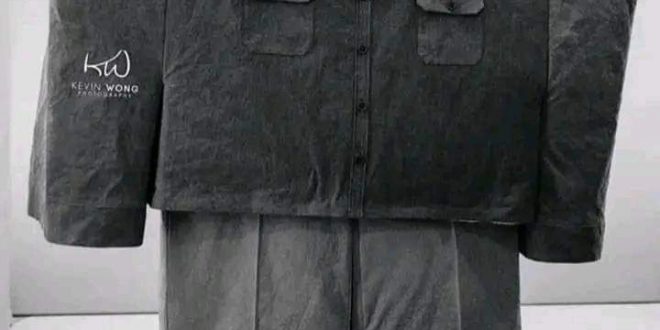 There are reports that Kanye West (Ye) is totally devastated right now as a result of numerous sanctions on him following several offensive comments from him including antisemitic posts.

Today, fashion house Balenciaga that has Kanye as it’s ambassador has officially ended its relationship with him.

Meanwhile, the fashion brand, Balenciaga and it’s parent company Kering were initially silent to the several offensive comments from Kanye including antisemitic posts.

Meanwhile, Kanye has been having a close working relationship with Balenciaga’s creative director, Demna.

Demna has been using Kanye West’s help in designing products for his Yeezy Gap partnership and even opening Balenciaga’s latest runway show.

But Balenciaga parent company, Kering has broken that silence today. The company said in a statement: “Balenciaga has no longer any relationship nor any plans for future projects related to this artist,”

“Balenciaga has no longer any relationship nor any plans for future projects related to this artist,”- Kerring

The Balenciaga fashion house has cut ties with Ye, formerly known as Kanye West, according to a news report.

The move came after several offensive comments from Ye, including antisemitic posts that earned him suspensions from Twitter and Instagram.

No official comment has come from Kanye West as this is still a developing story.

Nevertheless, following the anti-Semitic comments from Ye, the mother of George Floyd’s daughter has filed a $250 million lawsuit against Kanye West.