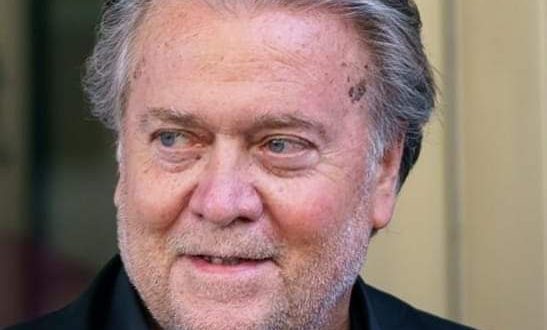 He is to be remanded in the federal prison according to reports.

Nevertheless, Bannon reacted to the judgement by saying:

The Biden administration ends on the evening of November 8th…… Merrick Garland will be removed from office.

Meanwhile, the main reason for putting Bannon in jail is that he flouted demands for documents and testimony from the panel that is investigating the January 6th 2021 attack on the U.S Capitol.

Lawmakers on the House Committee wanted to know why Bannon said a day before the attack that “All hell is going to break loose tomorrow”.

But Federal prosecutors were seeking for what they termed as “severe penalty”-six months in jail and a fine of $200,000. This demand appeared in court papers earlier this week. Lawmakers said Bannon pursued “a bad faith strategy of defiance and contempt”.

Steve Bannon was no doubt sentenced for refusing to cooperate with lawmakers investigating last years U.S Capitol attack by a pro-Trump mob.