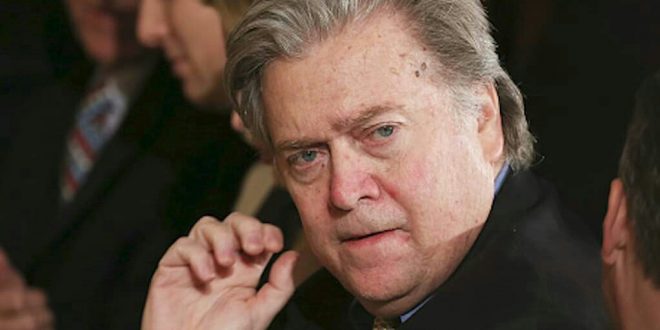 A former campaign adviser to president Donald Trump of USA Steve Bannon, has been indicted for fraud,.

The New York federal prosecutors announced this on Thursday.

Steve Bannon and three others were charged with defrauding hundreds of thousands of donors.

It was reported that the donors gave to a fundraising campaign to build portions of a wall on the U.S. border with Mexico.

However, Steve Bannon recieved $1 million of the money through a nonprofit he controlled, prosecutors alleged.

Some of those funds allegedly went to cover personal expenses.

Prosecutors allege that Bannon, Brian Kolfage, Andrew Badolato, and Timothy Shea ‘received hundreds of thousands of dollars in donor funds from We Build the Wall.

They used the fund in a manner inconsistent with the organization’s public representations,’ according to the federal prosecutors.

Nevertheless, the Trump’s former chief strategist Steve Bannon pleaded not guilty on Thursday to charges that he ripped off donors to an online fundraising scheme to build a southern border wall.

He was arrested alongside three others on a yacht off the Connecticut coast.

A tweet by Matthew Gertz stated that Steve Bannon was sailing in a mega yacht when he was arrested.

This is still a developing news.