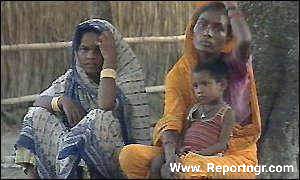 They closely resembled the Africans in physical features and behavior.

Moreover, they founded the Indus Valley Civilization. According to historians, the Indus valley civilization was one of the world’s first and most glorious symbol.

They thereafter employed a cunning, deceptive religious ideology to enslave the indigenous people.

Those who fled to India’s forests and hills later came to be called ” tribals”.

As these native Indians were gradually overcome, captured and enslaved they were kept outside village limits. And “untouchability” was enforced upon them.

However, they gradually lost their culture and adopted the culture of their abductors

All the African traits in them were also lost.

The Yanadi tribe of India are located in Andhra Pradesh, southern India.

However, they live primarily in the districts of Nellore and Chittoor, as well as other nearby districts.

And they speak Yanadi as their language. This language belongs to the Telugu language family.

For many years, the Yanadi lived in isolation on the island of Sri Harikota.

Sri Harikota is off the Nellore district.

Meanwhile, in 1835, the British government took possession of the island.

Previous I JUST FOUND THAT MY FRIEND OF 2 YEARS IS A DUSTBIN PACKER
Next IS THE WORLD COMING TO AN END. SEE WHAT APPEARED IN LONDON SKY