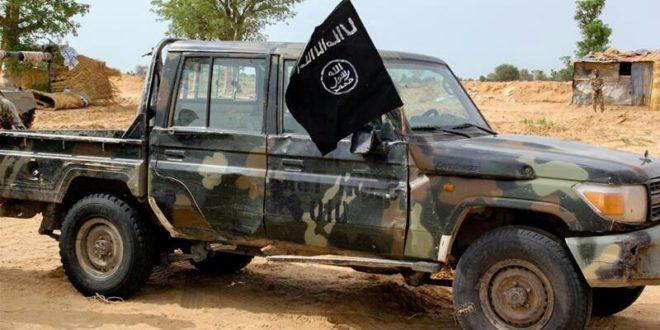 The Nigerian police had rescued some soldiers from the terrorist group, Boko Haram.

The kidnapping came after Boko Haram attack in Borno State.

Meanwhile, the terrorists had killed some security officials and abducted others after the attack on patrolling soldiers.

According to PRNigeria, the terrorists had killed some security personnel and abducted others after an attack on soldiers on a patrol.

However, this came after Nigerian troops stopped Boko Haram terrorists from seizing an army barrack in Maiduguri on Monday.

“At 14.30 Hrs of July 13, 20120, an army patrol team was attacked by Boko Haram along Auno Road and killed two soldiers and kidnapped others while carting away two of the military’s gun truck, AK 47 rifles and unspecified numbers of ammunition.

“Counter-Terrorism Unit of the Nigerian Police on pin down point (operation), at the area went after the terrorists. After a gun battle recovered one gun-truck, rifles and rescued two soldiers alive.

“All exhibits handed over to the Commissioner of Police Command.”

The source said that the terrorists had attempted to seize the 333 Artillery Barracks of the Nigerian Army in Borno.

However, the Army resisted after heavy exchanges of fire that lasted for about two hours.

This happened between Monday night and early Tuesday morning this week.