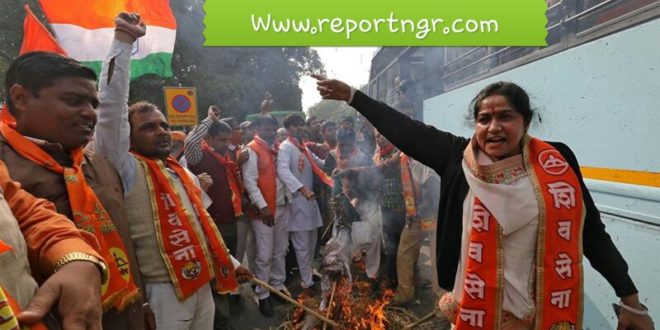 She was jailed over sick St Paul’s attack plan.

The female bomber, Safiyya Amira Shaikh is 37 years old. And a single mother. Her real name was Michelle Ramsden.

However, when Safiyya was led out of the court after sentencing, she smiled and raised her index finger. Raising of index finger is widely recognised as an Islamic State salute. Common among terrorists.

According to the report, “An ISIS supporter who wanted to “blow St Paul’s Cathedral to the ground” in a terror attack to kill “a lot” of innocent people has been jailed today for a minimum of 14 years”.

Saffiyya Amira Shaikh was a heroine user. She never expressed regret or remorse for her actions.

Moreover, she had planned to leave a bomb at the London landmark. Before detonating her suicide vest on an Underground train moments later.

And she wanted innocent people to die even after she was dead, a senior police officer said.

Shaikh had sent chilling messages as her plot was thwarted by two undercover police officers posing as husband and wife extremists.

Safiyya accepted in a police interview that her plan was to carry out a suicide bombing. A bombing like the 2019 Easter Sunday terror attack in Sri Lanka. This was in the hope of gaining access to heaven.

In the Sri Lankan attack, suicide bombers killed at least 253 people and injured some 500 others at churches and luxury hotels.

Shaikh is from Hayes, west London.

She made contact with someone who she thought could build two bombs. Then she went on a survey trip to London to check the cathedral for security. And the “best place” to plant an explosive device.

Safiyya’s intention was to kill herself and as many other people as possible,’ a court heard.

When Safiyya Shaikh met with a contact, she gave two bags to a woman. Her intention and belief that was that explosive devices would be fitted into the bags.

Unfortunately for her, the person was an undercover anti-terror police officer.

Shaikh had been flagged up by the Metropolitan Police and MI5 as a potentially dangerous terrorist, prompting the undercover operation.

During a sentencing hearing at the Old Bailey on Monday, prosecutor Alison Morgan QC described Shaikh as “a violent extremist who pledged her support for Islamic State”.

According to Alison Morgan: “She engaged with others, who she believed to be of a similar mindset. To instigate and plan a terrorist attack involving the use of improvised explosives to attack St Paul’s Cathedral and a nearby hotel.

Safiyya has never expressed regret or remorse for her actions. She had planned to leave a bomb at the London landmark. Before detonating her suicide vest on an underground train moments later, according to police.

And she wanted innocent people to die even after she was dead, a senior police officer said.

Safiyya state this below:

“But if that not possible I do other way. Belt or anything. I just want a lot to die. InshaAllah

The plot was the “best opportunity of my life”, and described to the undercover officer how she could borrow her daughter’s non-Islamic clothes in an effort to avoid suspicion.

She also said she was going to kill and “to do a piece of history”.

She converted to Islam in 2007 after being impressed by the kindness of her Muslim neighbours, the BBC previously reported.

Nevertheless, she later became isolated and apparently rejected mainstream Islam, and began to imbibe the ideology of ISIS.

By 2016, she stopped visiting mosques because she feared worshippers and Imams were concerned about her extremist views.

The court heard that Shaikh travelled to central London on September 7 2019, ready to attend morning prayers at St Paul’s the next day.

This was in order to scope out security protocol. And work out how to carry out her plan with the ultimate aim of achieving martyrdom.

Shaikh said there was little attention from security during her reconnaissance visit.The visit lasted about an hour.

She told the undercover officer:

“This most famous church to King and Queen. All their wedding have been done there for hundreds of years

“I really thought it would not be possible. But it is easy.”

The Saints Paul Cathedral is where the Queen and other Royal families attend church services.

It would have been disastrous if Safiyya had succeeded in her bombing plan.

Previous RUSSIAN EMBASSY IN LIBYA TO REOPEN AFTER SEVEN YEARS
Next PLASTIC RECYCLING : MY EXPERIENCE TODAY