Breaking News
Home / Metro News / THE PLIGHT OF THE POOR 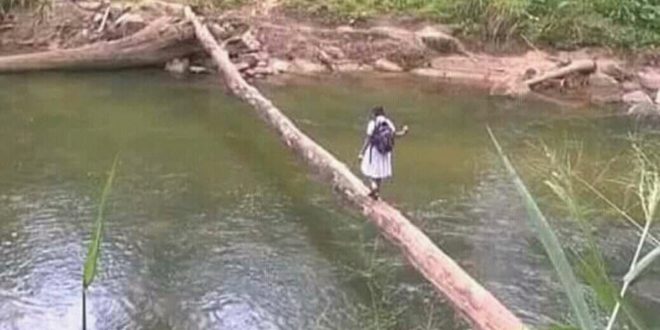 THE PLIGHT OF THE POOR

The poor is voiceless!  There are things that happen around us that make one wonder if human beings still get iota of conscience. Moreover,  there are  certain negative occurrences around us. When you observe them, it makes you  to loose interest and trust in your fellow human beings.

The plight of the poor and the inhuman treatment that face the poor is a problem humanity should obliterate.

This true life story was sent to us by Rachel.  Rachel is  a graduate of the Federal University of Uyo Akwa Ibom State in Nigeria. According to Rachel, Rose, Mike and Mabel are the three children of a widow woman, Agnes.

” Rose, Mike and Mabel are the three children of a widow woman, Agnes.  Agnes was a widow before I was born. Story had it that the husband died mysteriously”.

“The  husband used to be a craft man who specialised in making local baskets and raffia for roofing thatch houses. However,  the poor man was never a lazy stuff. At a stage in the man’s life,  things started going berserk. Moreover, my mother told me that each night the man closed his doors and windows, and  retired for sleep.  He would be seen at the early hours of the morning knocking at his locked doors. It was mysterious”

“His family in the other rooms will be wondering how he left his room that was still locked from inside. His only son (Mike), was instructed to sleep in his room. Most importantly,  to see if they could unravel the mystery.  Yet the issue continued”.

“People started avoiding him to the extent that none likes buying his goods. Nevertheless,  he became very frustrated and eventually died”.

“From that point, his widow, Agnes, took over the burden of raising the three children alone. But she could not go far.  The stigma that led to the death of her husband deter people from helping or going to her. Only one man (names withheld),  who was a primary school teacher then took the burden of helping her”.

“He employed Agnes as a nanny and was providing for her and her children with his meagre salary. Unfortunately, the man took ill and stopped  teaching. This resulted in his inability to continue the help”.

Agne’s only son, was taken by a man for learning a skill in Enugu. After learning and serving his master for years, he was never given his wages  to start his own.  All effort by the poor widow to get her son settled by his master proved abortive”.

The family depended on picking palm kernel from the bush to survive. This was their plight before Agnes died. She died of a curable malaria that none cared to assist her to access medical treatment upon her pleas.

I used to cry and visit her in her small and decent two-room mere thatch  house. She was  very kind. The orange and Gauva in her one plot compound were never kept  back from people.  The back of her compound was used for vegetables mainly, squash and pumpkin which are her only source of income. Yet, many people always go to beg her for free vegetables.  Not paying  a dime upon her situation”.

I was only eight or nine. I used to promise myself that I will help the poor woman when I get money.  Which  I never fulfilled before she died.

THE DEATH OF AGNES

The day she died, her children wept as if that was the end of their world.  And I knew that that was really a dead end for them. Many villagers especially women wept”.

Her corpse was never embalmed properly as nobody cared about that.  After two days, she was taken to her village for burial. (However,  I wondered why she could not be buried in her husband’s house like others). Because she was “the poor”  By that time, I was 13 and in secondary school.  I sneaked out from the house  to follow them to  bury  her.

She was taken to her father’s compound in the neighbouring village. Again, from her father’s house, she  was  taken to the boundary forest between her village and ours ( names withheld). That was where she was buried in the middle of nowhere.    Due largely to the  fact that she was an orphan without sibling.

I cried that day and each time I  remember the whole incident. That was the situation before I left for my education and career.

Now, after years of being away from the village, I came back to see that their house was no longer existing. My mum told me that their neighbour has taken over their compound. The same man who took her  son for the  controversial apprenticeship.

The man built two small rooms without any compound somewhere else for Mike. Meanwhile, Mike is  still struggling to make a living.

I went there and saw that  Mike was simply given that place as a bird of the passage.

His first sister, Mabel  according to mum had died of mental health resulting from frustration. Rose was said to be in Kano State trying her best to help herself and her brother. Mum said that many suitors came to marry both Rose and Mabel  (before she died).  But  some village gossips always scared them away with negative information”.

Rachel stated that their plight forced her to run to reportngr.com with the above news.

However, she took our reporter to the house of  Mike where he verified the information.

Mike married a middle aged woman who had had children from a previous marriage. The woman  has passed child bearing stage. She has no child for Mike.  The very people that acquired his father’s homestead were the ones that encouraged him to take a woman of such calibre. Knowing fully well that should the poor Mike dies,  no son will rise to claim anything.

Above all,  our reporter confirmed that believe from two villagers.

Meanwhile, Rachel is ready to take anyone that is ready to help the family to them if in doubt.

THIS IS A TRUE LIFE STORY OF THE  POOR. 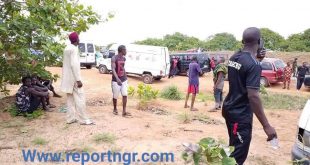