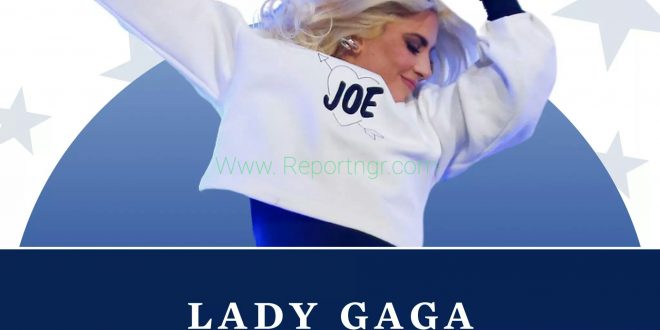 As Joe Biden is about to take over office, the inauguration committee said it would “celebrate the beginning of a new national journey toward a united America”.

The committee are to “showcase the American people’s resilience, heroism, and unified commitment to coming together as a nation to heal and rebuild”.

At the inauguration, few too musicians are scheduled to perform.

Among them are Lady Gaga and Jennifer Lopez.

Lady Gaga has campaigned for Mr Biden during the election.

She appeared with him on the eve of the presidential election last November.

Gaga will sing the national anthem at the ceremony on the 20th of January 2021.

Another music icon to feature at the event is Jeniffer Lopez.

At the end of the ceremony, Tom Hanks will host a star-studded televised special.

It is a 90-minute prime-time programme.

Among the musiciand to feature are Jon Bon Jovi, Demi Lovato, Justin Timberlake and Ant Clemons.

Read Also : SEE THE FACES AND NAMES OF TRUMP SUPPORTERS WHO DIED AT THE CAPITOL

However, the inauguration will be broadcasted live by ABC, CBS, CNN, NBC and MSNBC.

A report said that it is likely that outgoing President, Donald Trump will avoid the event after disputing the election result.

Donald Trump, if absent, will become the first president to skip the inauguration of his successor since 1869.

While American stars like Toby Keith, Lee Greenwood, and rock band 3 Doors Down were among the attractions at a concert the night before the Trump inauguration.

Prior to that event, George W Bush enlisted military personnel to sing the US anthem at his two inauguration ceremonies.

When Bill Clinton eas inaugurated, Santita Jackson, the daughter of the Rev. Jesse Jackson, and opera singer Marilyn Horne performed at his inauguration.

Meanwhile, Holocaust survivor, Cantor Isaac Goodfriend was accompanied by the US Marine Band for Jimmy Carter four years before Reagan.

While in 1961, opera great Marian Anderson performed the anthem for John F Kennedy.

Meanwhile, the inauguration would be “celebration of the beginning of a new national journey toward an America united” according to organizers.

I am deeply honored to be joining the Biden Inaugural Committee on January 20 to sing the National Anthem and celebrate the historic inauguration of Joe Biden and Kamala Harris! 💙 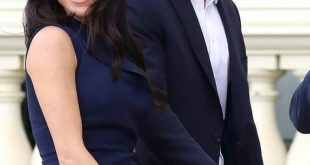 The Duke and Duchess of Sussex, Prince Harry and Meghan Markle have quit social media. …