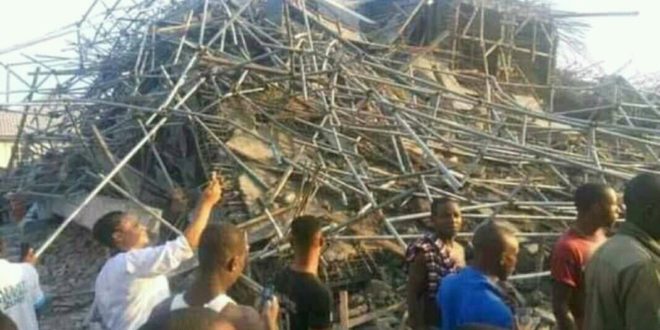 222 PEOPLE SWEPT AWAY BY TSUNAMI IN INDONESIA

222 PEOPLE DIE IN TSUNAMI IN INDONESIA

Tsunami in Indonesia. Not less than 222 people have died and 843 injured. This is due to tsunami of up to ten feet high that struck the Southeast Asian nation of Indonesia yestrday. However, this is seen as end of the year multiple and devastating natural disasters.

The tsunami’s waves struck beaches along the Sunda Strait without warning. Besides, this happened at about 9.30pm local time on Saturday. Homes and hotels collapsed. Vehicles and ships crushed, electricity poles fall and victims were all swept out to the sea.

Tragically it hit several popular tourist destinations during peak holiday season. It caught many holidaymakers off guard as no tsunami alarms had been triggered. Moreover, there had been no earthquake to warn that a wave may be on the way.

After the tsunami, authorities warned that the coastline should be avoided over the next few days. This is due to fears that it could happen again. Officials say the tsunami, occurred between the islands of Java and Sumatra in the strait. And it is linking the Indian Ocean and Java Sea. It may have been caused by undersea landslides after the Anak Krakatau volcano erupted 24 minutes earlier.

The incident may have been worsened by an abnormal tidal surge due to a full moon. Sutopo Purwo Nugroho, the natural disaster agency spokesman said. Throughout the day, Nugroho posted images of coastal communities reduced to debris by the power of the fast-moving water.

Aid agencies were quickly deployed to the area. The area is located just a few hours drive from the Indonesian capital, Jakarta. The roads were challenging but passable, Aulia Arriani, a spokesperson for the Indonesian Red Cross told the Telegraph.

“We are still waiting for the casualty numbers but the last one we had was 222. I’m afraid the death toll will rise as we have information of some 30 or more people who are still missing. Beside, there is still a lot of debris and collapsed buildings in the disaster area” she sa“Our challenge is to find the missing and to evacuate the people who are still trapped. In the first phase of emergency response we will be evacuating people for the next two to three days.” pic.twitter.com/HcXVkEhqBx—

Ms Arriani added that local hospitals and clinics had been flooded with casualties and dead bodies. “People in the disaster areas need food, drinking water, tarpaulins and medical help,” she said. Many victims were caught unawares by the tsunami while they enjoyed a holiday weekend at the popular local beach resorts. The worst-affected area was the Pandeglang region of Java’s Banten province. This area encompasses Ujung Kulon National Park.

Dramatic video posted on social media showed the terrifying moment. That moment when a wall of water struck a beachfront concert. The concert was being performed in a marquis. Nevertheless, it was by the Indonesian pop band “Seventeen” at the Tanjung Lesung resort on the western tip of Java.

Screams of shock can be heard from the audience as the stage suddenly lurches forward. Hurling the band and its equipment onto dancing fans.

Several band members were confirmed dead on Sunday. The wife of lead vocalist, Riefian Fajarsyah, who should have been celebrating her 26th birthday is still missing. Many people are still missing.

THE TOURIST AT THE BEACH

Among the tourists on the beach were employees of state utility company PLN. Civil servants from the Youth and Sports Ministry.  “We saw hundreds of people who were watching a music event disappear under the wave.” Nono, a tourist from Bekasi, West Java, told the Antara news agency.

Nono said that he and his family were in a prayer room when he heard a loud rumble. And people outside were screaming for help.

As the family ran outside, they were also struck by the water. The water catapulted his son Alif, 10, several metres away. They told their tale of survival while being treated for cuts at a community health centre on Sunday.

Another tourist, Oystein Lund Anderson, from Norway, wrote on Facebook of how his family had a narrow escape. He was taking photos of the volcano when the tsunami in Indonesia slammed into the shore.  “I had to run, as the wave passed the beach and landed 15-20m inland,” he wrote.

“Next wave entered the hotel area where I was staying and drowned cars on the road behind it. I managed to evacuate with my family to higher ground trough forest paths and village. We are taken care of by the locals here. We’re unharmed, thankfully.”

The local and government aid agencies rushed to the area to help with the search and rescue operation. They brought supplies of food and shelter. International organisations were also preparing to assist. And to save victims of tsunami in Indonesia.

“An Oxfam assessment team is going out to the Strait today. They are to gather more information about what has happened and what to do,” said Oxfam Australia’s humanitarian manager, Meg Quartermaine

“Oxfam is planning assessments to help to understand the scale of the disaster. And to determine what sort of response may be required, if requested.” However, bad weather, rain forecast over the next few days and the fear of further deadly water surges may stop the aid efforts.

Indonesia is home to over 260 million people. However, it has had a particularly tough year even for a disaster-prone country. The vast archipelago of more than 17,000 islands lies along the “Ring of Fire.” An arc of volcanoes and fault lines in the Pacific Basin.

More than 100 people died when an earthquake flattened the tourist island of Lombok near Bali in August and September. Another 2,500 people were killed by an earthquake and tsunami that hit Palu on the island of Sulawesi, east of Borneo.

The latest tragedy appears to have been sparked by the Anak Krakatau volcano. Some 124 miles southwest of Jakarta, which has been erupting since June. Known as the “Child of Krakatoa”. The volcanic island was formed after one of the largest, most devastating eruptions in recorded history. When Krakatoa blew in 1883, killing more than 30,000 people. Plunging the region into darkness and causing a global temperature drop.