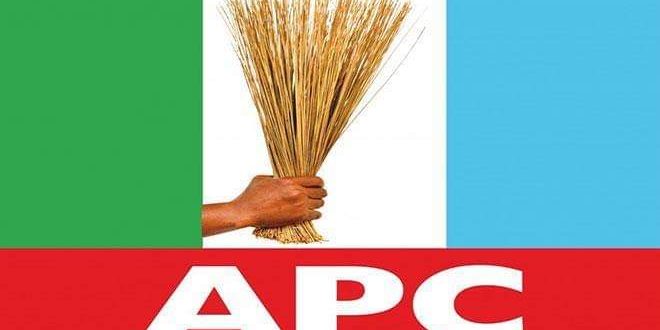 Unidentified gunmen have killed two members of the All Progressives Congress (APC) in Enugu state of Nigeria.

This came after an attack on the party’s office in Enugu.

According to him, the party members were having a meeting when the gunmen invaded the venue of the gathering and opened fire on them.

“The commissioner of police, Lawal Abubakar, has ordered the immediate launch of discreet investigation and rescue of Mike Ogbonna (alias Okwadike), said to have been abducted to an unknown destination during the invasion,” he said.

“The commissioner also ordered a manhunt for the assailants, who are said to have shot sporadically and murdered two members of the party, Kelvin Ezeoha, a former Enugu south council APC Chairman; and Chidera Ogaba, as well as seriously injured one other.

“To this end, the commissioner has assured [residents] that no stone will be left unturned in fishing out the perpetrators of the heinous crime.Advertisement

“The commissioner urged political parties and their members to ensure timely notification of the command of their meetings or other political activities, to enable it  plan ahead and ensure adequate security coverage.

“This is meant to avert any untoward incident of this nature.”

However, according to the police spokesman, the commissioner of police has visited the scene of the incident and the hospital where an injured victim is receiving treatment.

He added that the remains of the deceased have been deposited in the mortuary for preservation and necessary autopsy.

Information getting Report Nigeria stated that Hon Kevin Ezeoha, former APC chairman, Enugu South was shot dead, while Okwadike and one other person were abducted at the APC local government office, Obeagu.

Previous Internet On Fire As Cardi B Pays This Amount For Funeral Expenses Of 17 Victims Of Deadly Blaze (Video)
Next Fear As USA Evacuates Citizens From Ukraine Amid Russian War, Tell Other Countries To leave (Video)