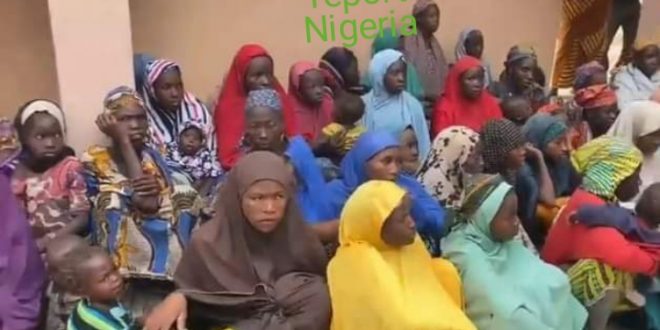 Police in Nigeria has rescued twenty one kidnapped students of the Islamiyya School. The rescue was done by the tactical Operatives of the Zamfara State Police Command in collaboration with the Military.

The effort led to the rescue of 21 Children recently Kidnapped by bandits.

The school children were kidnapped along Gusau-Funtua Federal High Way.
Nevertheless, the rescued victims were nineteen boys and two girls of Islamiyya School.

In 2021, the Nigerian troops rescued abducted students of the Federal College of Forestry Mechanization, Afaka Kaduna state after a serious battle with the kidnappers.

The Islamic students were said to have been abducted while coming back from Maulud celebration at Alkasim village of the local government area.

Four days earlier, about 344 students of Kankara Science Secondary School who were abducted were rescued by security officials.

Watch this video below