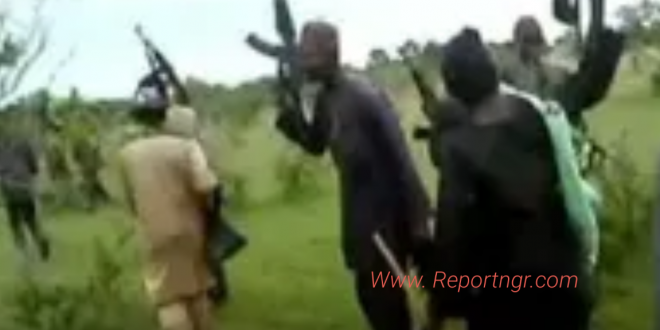 A mosque in Zamfara has been attacked by gunmen.

A group of gunmen suspected to be bandits have attacked a mosque in Zamfara state during the congregational Jummah prayer.

Among the 18 abducted people is an imam.

Confirming the incident to newsmen over the weekend, the spokesperson of the state police command, Mohammed Shehu, said the incident happened on Friday, November 20.

Mohammed said the bandits, numbering about 100, were said to have arrived in motorcycles.

HOW SEVERAL LADIES WERE RAPED AT FLAVOUR SHOW YESTER NIGHT IN ENUGU.

As soon as they arrived, they opened fire on the mosque located at Dutsen Gari village in Maru district.

Nevertheless, they abducted the imam of the mosque and some others.

Mohammed said the Imam and a few others later regained their freedom on Saturday, November 21.

The police spokesperson said efforts are being made to apprehend the perpetrators and secure the release of the other victims.

It should be noted that Zamfara state has recorded several bandit attacks in many of its communities.