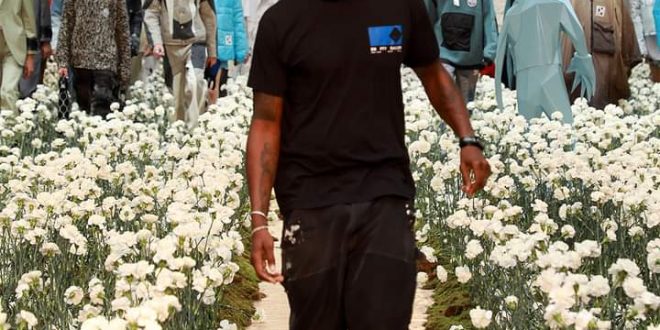 The prolific fashion designer known for styling stars like Kanye West and Kid Cudi, Virgil Abloh died on Sunday after a private battle with cancer. He was 41.

Virgil Abloh was a native of Rockford, Illinois. He grew up in Chicago.

Abloh was a trailblazer, becoming the first African-American to head a major European fashion house. In 2018, Louis Vuitton named him its men’s wear designer.

The City of Chicago tweeted about his death, saying, “Virgil was a visionary who shifted our culture, broke barriers and opened doors for Black designers in high-end fashion.”

Virgil Abloh was often referred to as a Renaissance man in the fashion world. He moonlighted as a DJ. But in a short time, he emerged as one of fashion’s most heralded designers. Abloh called himself “a maker.” He was named one of Time magazine’s most influential people in 2018.

In 2009, Abloh met Kanye West — now called Ye — while he was working at a screen-printing store.

Shortly after Abloh and Ye interned together at the LVMH brand Fendi, Abloh was Ye’s creative director. Abloh was art director for the 2011 Ye-Jay-Z album “Watch the Throne,” for which Abloh was nominated for a Grammy.

Virgil Abloh’s work with West served as a blueprint for future border-crossing collaborations that married high and low.

However, with Nike, he partnered his Off-White label for a line of frenzy-inducing sneakers remixed with a variety of styles and Helvetica fonts.

He also designed furniture for IKEA, refillable bottles for Evian and Big Mac cartons for McDonald’s. His work was exhibited at the Louvre, the Gagosian and the Museum of Contemporary Art Chicago.

Michael Darling, exhibition curator for the Museum Of Contemporary Art Chicago said; “Virgil was one of the hardest working people I ever met. He never took the easy path nor took anything for granted. Everything, no matter how small, was an opportunity for reinvention and re-imagining. But in addition to that work ethic was his humanist ethos: always,”

Abloh’s family said he had battled cancer for the past two years. He was 41 years old.

Abloh is survived by his wife Shannon Abloh and his children, Lowe and Grey.

The Life Time Of Virgil Abloh

Virgil Abloh died on November 28, 2021, after a private battle with cardiac angiosarcoma, a rare form of cancer. He was 41. The Off-White founder and Men’s Artistic Director of Louis Vuitton was most recently seen in Doha, Qatar, at the opening of his exhibition “Figures of Speech.”

“I am all about championing this new era of designers becoming the new rock stars,” wrote Virgil Abloh on the blog The Brilliance in 2007. Fast-forward a decade and Abloh is exactly that. The American designer has risen from a Chicago kid obsessed with fashion, art, design, and culture to the artistic director of Louis Vuitton’s menswear operation.

As Abloh prepares to take the reins at one of fashion’s most iconic brands, we’re looking back on his career trajectory, from onetime Fendi intern to Kanye West collaborator to Off-White founder and collaborator nonpareil.

1980
Abloh was born on September 30 outside of Chicago. He and his sister are raised in nearby Rockford, by Ghanaian immigrant parents. Abloh attends the Boylan Catholic High School—official colors green and white—and graduates in 1998. His mother is a seamstress and teaches him the tricks of her trade.

2002
Abloh completes his undergraduate degree in civil engineering at the University of Wisconsin–Madison. (In 2015, he would return to design commemorative tees for the university.) Rumor has it that on the day of his graduation, he skips his final critique to take a meeting with Kanye West’s then-manager John Monopoly. West and Abloh begin officially working together soon after.

2006
Abloh completes his master’s degree in architecture from the Illinois Institute of Technology. During his time at IIT, a Rem Koolhaas building is completed, which Abloh says, “piqued my interest and opened my gateway into fashion.”

2009
Abloh and West become interns at Fendi in Rome. Louis Vuitton CEO Michael Burke recently told The New York Times, “I was really impressed with how [Abloh and West] brought a whole new vibe to the studio and were disruptive in the best way. Virgil could create a metaphor and a new vocabulary to describe something as old-school as Fendi. I have been following his career ever since.”

2009
Abloh and West, along with a crew of famous friends, make the rounds at Paris Fashion Week, turning heads in the process. They’re photographed by Tommy Ton for Style.com outside of the Comme des Garçons show in what becomes a widely circulated pic. Abloh tells W magazine, “We were a generation that was interested in fashion and weren’t supposed to be there. We saw this as our chance to participate and make current culture. In a lot of ways, it felt like we were bringing more excitement than the industry was.”

2011
Abloh art directs the album Watch the Throne by Jay-Z and West, an achievement that earns him a Grammy nomination. The album cover is designed by Riccardo Tisci, then the creative director of Givenchy, a role Abloh was rumored to be up for after Tisci’s departure in 2017.

2012
Abloh launches his first brand, Pyrex Vision, in New York. He purchased deadstock Ralph Lauren flannel shirts for $40 each, and screen printed them with the word Pyrex and the number 23, an homage to his childhood hero, Michael Jordan. They sell for $550 each.

2013
Abloh shutters Pyrex and founds Off-White, a multi-platform creative endeavor based in Milan. Its main medium is fashion. At Off-White, he combines ideas of streetwear, luxury, art, music, and travel, defining the brand simply as, “the gray area between black and white as the color Off-White.” From the get-go, hovering quotation marks become Abloh’s signature.

2015
Abloh’s womenswear operation gains steam when Beyoncé wears a palm-print sweatshirt with the word Nebraska on it, an homage to Raf Simons’s Fall 2002 Virginia Creepers collection, in Nicki Minaj’s video for “Feeling Myself.” That same year, Off-White is named a finalist for the LVMH Prize. He loses the grand prize and special prize to Marques’Almeida and Jacquemus, respectively.

2016
Abloh opens his first concept store in the Aoyama area of Tokyo. The store features a watercooler with Off-White branded cups that visitors take for free and resell on the secondary market.

Even with the announcement of a collaborative exhibition with Takashi Murakami opening at Gagosian; the release of his first song; the opening of his New York store; the British Fashion Award for Urban Luxe Brand; and collaborations with Warby Parker, Jacob the Jeweler, and Jimmy Choo, the biggest news for Abloh in 2017 is The Ten, his sneaker partnership with Nike. Abloh re-creates 10 of Nike’s iconic silhouettes in a work-in-progress style, each adorned with a safety tag around the laces. The limited release leaves the sneaker market hungry for more, and Abloh hosts panels and workshops with Nike and additional releases throughout the year.

Abloh is named the artistic director of Louis Vuitton’s menswear collections, stepping into the role vacated by his friend and mentor Kim Jones. “It is an honor for me to accept this position. I find the heritage and creative integrity of the house are key inspirations and will look to reference them both while drawing parallels to modern times,” he says in a statement.

This summer, he will perform at Lollapalooza.

Virgil Alboh’s artworks will be the subject of an exhibition at the Museum of Contemporary Art in Chicago, and his Ikea collaboration will be released through the brand’s international stores.

Today, we mourn Virgil Abloh. He will greatly be missed. Rip Abloh, the Renaissance. 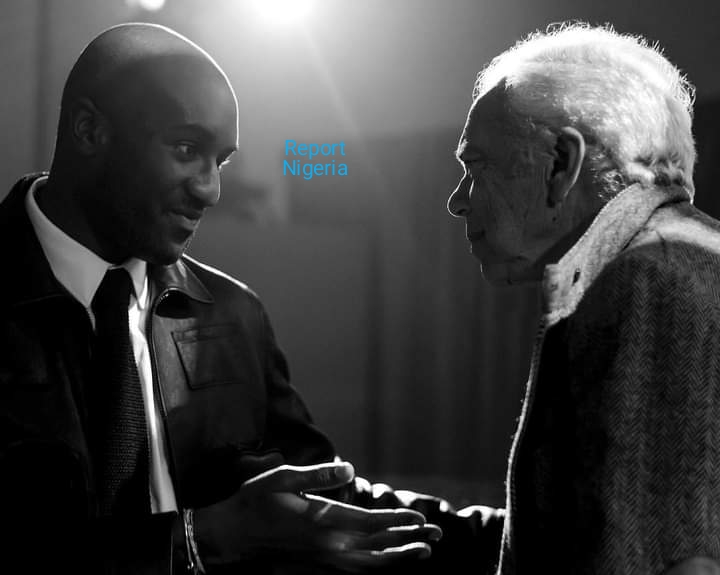