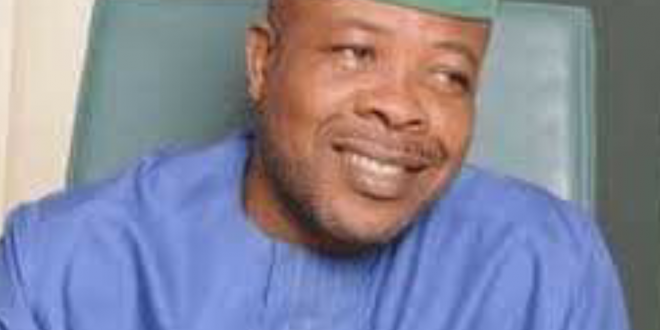 Ambrose stated this via his Facebook page on the 27th of May 2021.

Nwogwugwu categorically stated that the continuous silence of Ihedioha indicates that he is the brain behind the problems in Imo state.

Below is the statement made by Ambrose Nwogwugwu.

The compromised silence of the illegally declared former Governor of Imo State, Rt. Hon. Emeka Ihedioha is so tellingly audible enough for the blind to see, too loud enough for the deaf to hear and very conspicuous enough for even the less discerning among us to notice that it is now beyond the ordinary.

As bad as I have painted Distinguished Senator Rochas Okorocha to be in the preceding times – something I cannot deny him of is his empathic concerns in identifying with the state in times like this.

We have read and seen former Governor Rochas Okorocha grant press interviews where he condemned the activities of the terrorists causing tension and panic in the state, same cannot be said of Hon. Ihedioha.

Ihedioha is probably the only political leader in the state who hasn’t for once condemned the activities of the terrorists in Imo State and Nwaogwugwu thinks it is right about time the security agencies should invite him for questioning on his conspiracy of silence.

No wonder the Italian poet, Dante Alighieri in one of his most quoted poems said that “The darkest places in hell are reserved for those who maintain their neutrality in times of moral crisis. .”

Dante only said that in a situation of a moral crisis, what of if it could have been in a period of existential crisis like we are currently facing in Imo?

Ihedioha’s continued silence in the face of these threatening security challenges in our dear state is not only conspicuous but also very suspicious.

His silence could be interpreted in many ways: either we could see him from the lenses of some of his close associates and aides who have lent both moral supports and clearly sympathetic to the terrorists vandalization of our dear state.

Close associates and aides of Ihedioha have never hidden their supports for the terrorists tormenting the state. Infact, each time there is a successful attack on the state they pop champaign and celebrate the terror but whenever there is a decimation of the terrorists they mount the stage and cry the loudest.

I asked one of them recently his honest solution to the security challenges and he was very swift in telling me that the only thing that could guarantee peace in the state was for the resignation of the #PeoplesGovernor and he is not alone to this – this is almost the mindset of most of Ihedioha’s associates and aides and should we take that also as the position of their principal?

Tellingly enough, Imo PDP where Ihedioha is the sole proprietor recently called for demilitarization of the state – a call seen as the most unpatriotic and irresponsible and has generated so many backslash from Imolites across board.

Ihedioha has sought to rule over this state two consecutive times — does it mean that in all those attempts, he was only interested in his selfish desires to rule and not for the interest of the people of Imo State?

By the PDP’s open declaration of intents to move security operatives out of the state and allow terrorists overrun it, it is seen now, very clear enough that the party and probably their leader – Ihedioha do not want an end to the current security challenges in the state as a means to take back power.

“The gross irresponsibility on the PDP aside, Ihedioha’s continued silence over the insecurity in the state could be interpreted as acceptance, or of support to the dissidents against the state and he must be called to order by the relevant authorities.

However, a lot of people have condemned Nwogwugwu on his persistent attack in the person of Hon. Emeka Ihedioha and other elites of Imo state.

Below are some comments from concerned citizens of Nigeria on Nwogwugwu’s statements.

Read Also: Video: How To Use Alligator Pepper To Protect Yourself And Remove Negative Energy