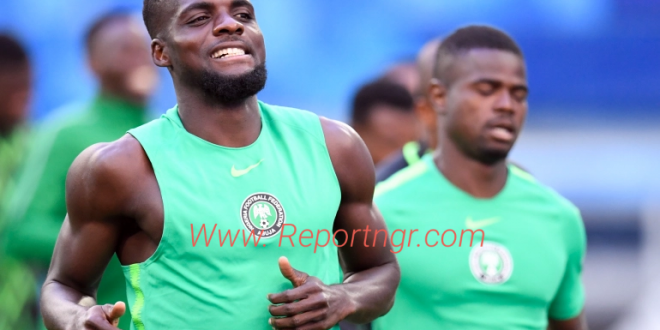 A Nigeria midfielder, John Ogu has called on his fellow footballers to boycott their upcoming AFCON games. This is to show solidarity to ongoing protest against police brutality and continuing violence in the commercial capital, Lagos.

It should be noted that Nigerians have been demonstrating nationwide for weeks against a police unit, the Special Anti-Robbery Squad (SARS). SARS has for years been accused of extortion, harassment, torture and murders by rights groups and citizens.

The unit was disbanded on October 11 but the protests have persisted and rights group Amnesty International said soldiers and police killed at least 12 people in Lekki and Alausa.

The army denied soldiers were at the site of the shooting.

“There are games coming up and if we boycott these games I’m sure they’ll know we’ve made a statement … I believe most of my colleagues understand where I’m coming from,” John Ogu tells the BBC network.

“What’s the point in representing the country if this is what the politicians, the people we’re representing, can do to us? I feel like this is the best thing to do now until they get back to their senses and listen to us.

For about 13 consecutive days, Nigerian youths have been in the streets across the nation to protest the extrajudicial killings by members of the Special Anti-Robbery Squad, SARS.

SARS has since been banned by the Inspector-General of Police, Mohammed Adamu. But a Special Weapon and Tactics team, SWAT, was formed.

However, due to loss of faith in the government and police force, protesters wanted more transparent actions and immediate implementations.

However, the protest has been hijacked by thugs making the peaceful protest to degenerate into deaths of many protesters.  Prison breaks in Edo State, killing of policemen, burning of several police stations among other things.