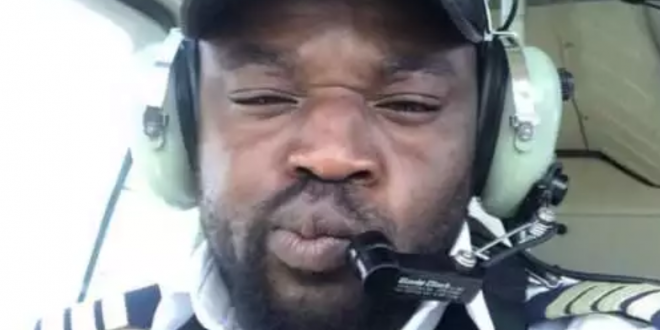 The pilot and crew of the ill-fated Bell 206 helicopter that crashed in Ikeja, Lagos yesterday have been identified. The helicopter crash victims were coming from Port Harcourt to Lagos.

However, the helicopter, a Bell 206, with registration number 5N BQW, belongs to Quorum Aviation, an air transportation and logistics company.

Nevertheless, the pilot was an Igbo guy identified as Chika Prudence Ernest.

With him was the co-pilot, Clement Ndiok.

Reportngr.com could not confirm the name and identity of the third person, who was a passenger in the helicopter.

However, the identities of the victims were revealed online by people who claimed to know them.

This came as Quorum Aviation Limited kept mum over their identities more than 12 hours after the tragic incident.

It should be recalled that the helicopter was flying from Port Harcourt to Lagos when it crashed.

The helicopter crashed into a house at Salvation Road, Opebi, Ikeja Lagos state of Nigeria.

Reportngr.com gathered that there was no injury to any one on the ground. As no one was around the crash site.

All three victims were crew flying from Port Harcourt to Lagos according to another source.

More details have emerged concerning the helicopter crash that occurred in the residential part of Opebi in Lagos on Friday, August 28.

Two persons died while the third victim is currently receiving treatment in a hospital.

Moreover, a statement by Quorum Company, owners of the helicopter, says all three victims of the crash were crew members.

And were flying from Port Harcourt to Lagos when it crashed between two buildings in Ikeja en-route to Murtala Muhammed Airport, Lagos.

The statement in part reads:

“As soon as we received news of the accident, we promptly informed the aviation authorities, Accident Investigation Bureau (AIB). And the Nigerian Civil Aviation Authority (NCAA).

Preliminary reports indicate that of the three souls on board – all crew, two of the crew members lost their lives. Whilst the third one is currently receiving treatment at a hospital.

We have been made to understand that nobody in the building, nor in the vicinity was injured for which we are grateful.

We hereby express our heartfelt condolences to the families of the crew who lost their loved ones in this tragic accident.”

May their souls rest in peace.

Another sad development noticed at the site of the helicopter crash was that people pretending to rescue victims. stole their phones and Cash and other valuables.

A resident of Opebi Street in Lagos who witnessed the helicopter crash decried the lack of empathy by some Lagosians.

The lady who identified herself as Tolu informed Report Nigeria that the first people at the scene stole victim’s valuables.

She also said that while people were trying to rescue the victims, their phones were being stolen.

It is unfortunate that we could do this to ourselves.

Some people rushed here pretending they were helping to rescue those involved in the accident.

But they actually came to steal their phones, valuables and cash.

Even people’s phones was stolen.

One man gave his phone to someone while trying to help in rescue, but the person ran away with it.”

Reportngr.com gathered that the helicopter hovered several times around the area before crashing into the building.