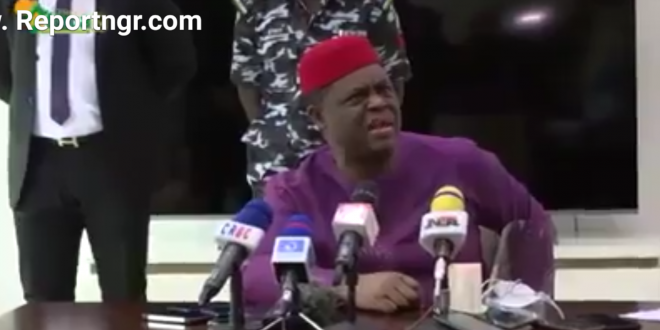 Ex- minister, Chief Femi Fani Kayode has expressed dissatisfaction over a statement by a journalist during his press conference in Calabar, Cross River State.

According to chief Kayode, what the journalist threw up was an assertion and an insult. And never a question.

Below was the words of the ex-minister regarding the statement.

During my tour of the South and after a long and successful press conference in Calabar, Cross Rivers state, a journalist put up his hand for the last question and said,

“Well we do not know who is bankrolling you”.

This is not a question but an assertion and an insult.

And if this insulting ASSERTION were made before Trump or OBJ I know how they would have reacted.

Below is my response and I have no apology to offer for it.

I have always had respect for journalists and I always will. Those of them that know me or have worked with or for me over the last 30 years can attest to that.

However there is a distinction between asking a question and offering a gratuitous insult . This is all the more so when it is clear that the assertion was sponsored and engineered by my political enemies who wanted to use the young man to insult and embarrass me and question my integrity. Well they got more than they bargained for.

I repeat this was not a question but an assertion and an insult and I will not accept that from any man born of woman. Thank you.

However below is the video of the incident.