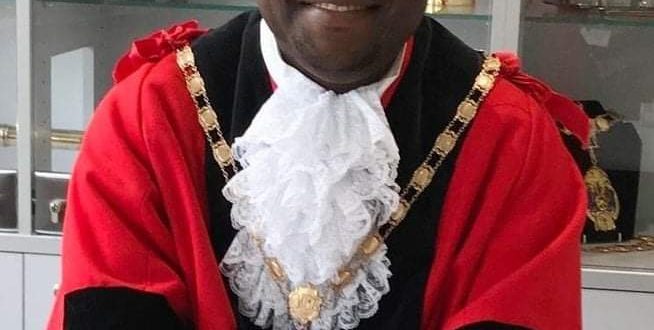 First Black Mayor Of London To Work In Anambra

The first Black Mayor Of London has started working in Anambra state of Nigeria.

The Mayor, Ernest Ezeajughi was appointed by the incoming Governor of Anambra State, Chukwuma Soludo.

Ernest Ezeajughi was appointed as the Chief Of Staff ti Governor Chukwuma Soludo.

Ezeajughi who is the First Black Mayor of London, becomes the current Chief of Staff to the Anambra State governor.

However, the appointment of Ezeajughi was one of the three appointments Governor Soludo made on Monday.

The London Mayor, Ezeajughi made history in 2019 when he was elected the first black Mayor of London Borough of Brent in United Kingdom.

Currently, Ernest is now back in Nigeria to serve his home people.

During the campaign of the current Anambra State governor, Ernest Ezeajughi was the DG Diaspora for Soludo Campaign.