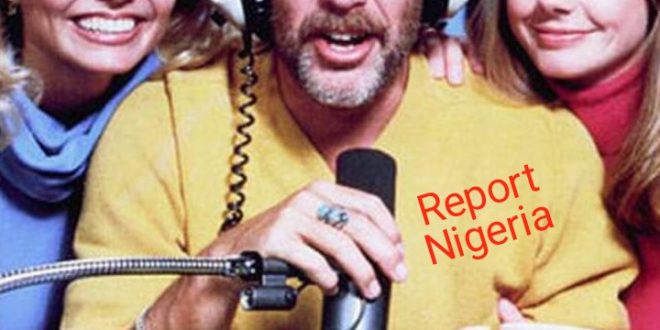 Howard Hesseman, who made a career out of portraying off-the-wall characters, none more popular than the disc jockey Johnny Fever on the sitcom WKRP in Cincinnati, has died. He was 81 years old.

He died of complications from colon surgery he first had last summer. His wife, actress and acting teacher Caroline Ducrocq, told The Hollywood Reporter.

He was a member of the San Francisco improve group The Committee and a real-life DJ back in the 1960s.

Hesseman was also known for his stint as out-of-work actor turned history teacher Charlie Moore on the syndicated comedy Head of the Class. (He quit that show after four seasons to aim for a movie career.)

However, on the ninth and final season of One Day at a Time, his character, architect Sam Royer, married longtime divorcee Ann Romano (Bonnie Franklin).

In other eccentric turns, Hesseman played hippies in Richard Lester’s Petulia (1968). And on NBC’s Dragnet (he was billed as Don Sturdy back then); a patient suffering from writer’s block on The Bob Newhart Show; a psychiatrist on Mary Hartman, Mary Hartman; a pimp opposite Dan Aykroyd in Doctor Detroit (1983); and a shock rocker in This Is Spinal Tap (1984).

Hesseman received Emmy nominations in 1980 and ’81 for his work on CBS’ WKRP in Cincinnati, which ran for four seasons (1978-82). With his shades, moustache and slouch, he became a countercultural icon.

Veteran TV director Jay Sandrich, who was hired to helm the WKRP pilot for MTM Enterprises, suggested Hesseman would be great for Fever after Richard Libertini said he couldn’t do it at the last minute. The two had just worked together on the ABC comedy Soap, with Hesseman playing a prosecutor out to convict Katherine Helmond‘s Jessica Tate of murder.

“Howard had at one time been a DJ,” Sandrich said in a 2001 interview for the website The Interviews: An Oral History of Television. “He just stepped in and killed it. He knew exactly what he was doing.”

Hugh Wilson, a former sales executive at a Top 40 radio station who created WKRP (the fictional station’s call letters were a pun on “W-crap”), based the rock DJ on “a guy I knew in Atlanta called Skinny Bobby Harper,” he once said. “That was funny, because he was the morning guy, so Skinny had to get up at 4 in the morning to get in there. But he also loved being in the bars at night. He was like Fever.

“In the pilot, I said [to Hesseman], ‘You’ve got to play it like you’re sleepwalking, because you should be asleep by 8, but 8 is just when you’re going out.’ “

The guy who would up playing Johnny Fever was perfect for hosting Saturday Night Live three times and for fronting music specials like 25 Years of Motown and Supernight of Rock & Roll.

Describing his iconic character in a 1979 interview with The New York Times, Hesseman said: “I think maybe Johnny smokes a little marijuana, drinks beer and wine, and maybe a little hard liquor. And on one of those hard mornings at the station, he might take what for many years was referred to as a diet pill. But he is a moderate user of soft drugs, specifically marijuana.”

He was born on Feb. 27, 1940, in Lebanon, Oregon. His father was an auto-parts salesman and a musician. His parents divorced when he was 5, and his mom married a cop.

After graduating from Silverton High School in 1958, Hesseman spent a couple of years at the University of Oregon, then was off to San Francisco, where he landed a gig as a disc jockey for the underground rock station KMPX. He then latched on with The Committee, where he took the Don Sturdy stage name.

He told the Times that he spent 90 days in the San Francisco County Jail in 1963 for selling an ounce of marijuana (a conviction that was thrown out for entrapment). And in a 1983 profile in People, he did admit to conducting “pharmaceutical experiments in recreational chemistry.”

The Committee once had a long engagement on Sunset Boulevard in Los Angeles, and he and other troupers made an appearance in Billy Jack (1971).

Johnny was fired from a Los Angeles station, where he was making $100,000 a year, for using the word “booger” on the air. That led him to embark on an odyssey that led to jobs in Amarillo, Texas; Denver; Boise, Idaho; Fargo, North Dakota; and then Cincinnati.

With WKRP switching to a Top 40 rock format, he christened himself Dr. Johnny Fever. After that series ended, he came back a few times for The New WKRP in Cincinnati, which had a couple of seasons in syndication.

He also guest-starred as a judge on Boston Legal, a radio station manager on That ’70s Show, a former drug dealer on John From Cincinnati and a schoolmaster on Fresh Off the Boat.

In addition to his wife — they lived together for seven years before getting married in July 1989 — survivors include their godchildren Grace, Hamish and Chet.