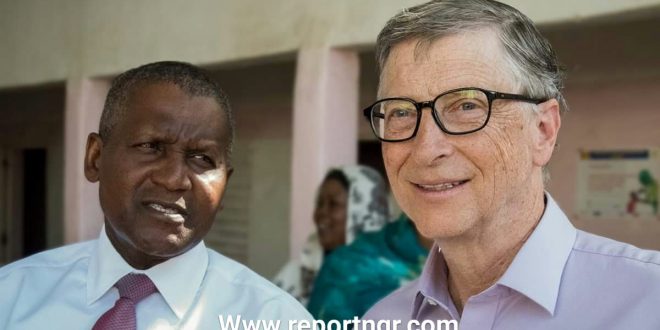 However, the ever changing fortunes of these people is worth reviewing. Two months ago, these super world richest people were less richer than today.

Moreover, these top 25 multi billionaires on Forbes list are currently worth $255 billion than when the U.S. stock market hit a mid-pandemic low on March 23rd .

However, these 25 folks on Forbes together looked at just those on the list with fortunes tied to public stocks. And are worth nearly $1.5 trillion. This is about 16% of the total wealth held by the world’s billionaires.

This is the Facebook CEO. He is the biggest dollar gainer among this group. Facebook shares rise nearly to 60% over the past two months.

This hit a record high on Friday May 22.  Moreover, investors responded positively to the Wednesday debut of Shops, (Facebook’s effort to host digital storefronts for small business owners).

Mark Zuckerberg is currently worth $86.5 billion. This made him to become the fourth-richest person in the world.

Up from the No. 7 world richest on Forbes’ 2020 list of the World’s Billionaires, published in early April.

Jeff Bezos is the second biggest gainer after Mark Zuckerberg.

He is also one of the world’s richest men. He is the founder of Amazon and CEO.

Shares of the ecommerce giant have continued on a tear amid increased demand since coronavirus shuttered physical retailers.

He is the 3rd biggest percentage gainer. About 40 years of age, Colin is the founder of China’s second largest online marketplace (behind Alibaba), Pinduoduo.

He was boosted by the firm’s social shopping model, in which users share purchases with friends and families. And an aggressive campaign offering subsidized deals to consumers.

Pinduoduo’s shares have nearly doubled since March 23rd. Colin has added $17.9 billion to his fortune. He is presently China’s third richest person. His current net worth is $35.6 billion

Mukesh Ambani is the 4th notable gainer. Ambani became Asia’s richest person in April. That was after Facebook announced a $5.7 billion investment into Mumbai-based Reliance Jio.

Mumbai Reliance Jio is a telecom subsidiary of the sprawling conglomerate founded by Ambani’s late father.

The company has since raised more and more. This includes $1.5 billion from private equity giant KKR on Friday. And $750 million from investment firm Silver Lake earlier this month.

This has made the firm raked in $10 billion of fresh capital in less than one month.

Therefore, Ambani is now worth $52.7 billion, which is nearly $20 billion since the market trough.

According to Forbes, billionaires with net worths tied to stakes in technology companies have led the way for gains amid the pandemic.

“The tech-heavy Nasdaq composite index turned positive for the year earlier this month, and it’s up 37% since March 23. The S&P 500 and Dow Jones, meanwhile, are up about 31% each–still down roughly 10% and 15% for the year, respectively”. Forbes stated.

None of the top 25 rich people has fallen since March 23rd.

The fortunes of Jim, Alice and Robert Walton, for example, grew the least percentage-wise. But they’re still up $3.6 billion each.

Walmart shares hit an all-time high in mid-April after the first round of stimulus checks made their way to American bank accounts. And they have managed to stay near their peak.

However, on Tuesday, the firm reported quarterly revenue that surged almost 10% to $134.6 billion. This was boosted by a 74% increase in online sales.

Put together, the three billionaire Walmart heirs are worth close to $165 billion

These figures stand in stark contrast to those at the other end of the wealth spectrum.

In the U.S. total unemployment claims have risen to 39 million since mid-March, affecting about a quarter of the U.S. labor force.