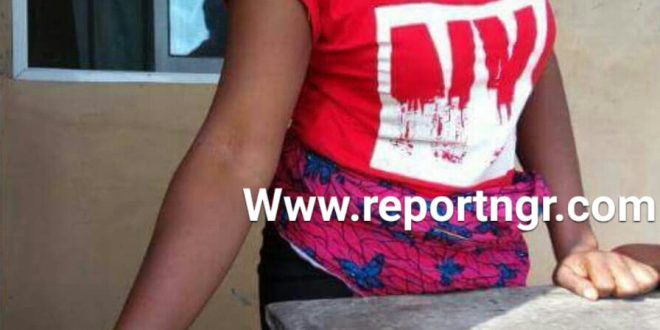 A 37-year-old man, Ifeanyi Ajaero has been arrested by Ogun State police command.

Ifeanyi allegedly chained his 28-old -wife, Obiageli Ajaero, to generator from night till the following morning.

Obiageli was allegedly chained on the night of Friday 14th April till the morning of Saturday 15th April 2017.

However, she was said to have been seriously battered by her husband before being chained.

Ifeanyi Ajaero is a member of the already disbanded merchant Navy. He used a handcuff to chain his wife who has become so weak as a result of serious beating from the husband.

According to Oyeyemi, Ajaero’s neighbours who had been witnessing his frequent beating of his wife alerted the police of the incident.

The arrest was made by the Divisional Police Officer of the command in Sagamu, Aduroja Moses and his team.

Previous WHY ALAAFIN OF OYO SENT OUT HIS 9TH WIFE
Next FOOTBALL: SEVENTEEN FACTS YOU CAN’T BELIEVE