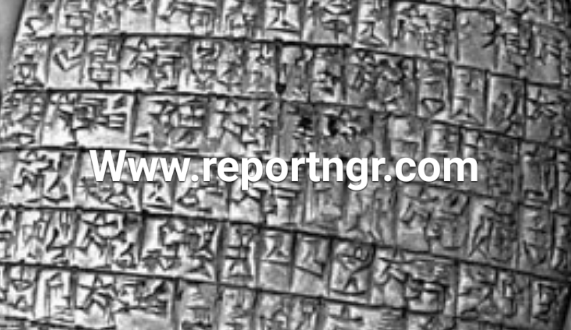 ANOTHER PROVE THAT THE BIBLE IS REAL AND ACCURATE

Critics of the Old Testament have continued for years in arguing that Moses invented the stories found in Genesis of the holy bible.

These critics said that ancient people of the Old Testament times were too primitive to record documents with precise details.

They further stated that it was not verified that people and cities mentioned in the old testament of the Bible really existed.

However, the discovery of the Ebla archive in northern Syria in the 1970′s confirmed that the Biblical records concerning the Patriarchs are on spot.

Nevertheless, it was during the excavations in northern Syria that the excavators found a large library inside a royal archive room.

The excavation team discovered up to 15,000 ancient tablets and fragments which when joined together accounted for about 2,500 tablets.

Amazingly, these tablets confirmed that personal and location titles in the Biblical Patriarchal accounts are authentic. These tablets are known as the Ebla Tablets.

For a long period of time, the critics of the Old Testament used to argue that the name ‘Canaan’ was used wrongly in the early chapters of the Bible.

They therefore, claimed that the name Canaan was never used at that specific time in history.

And they further alleged that the name was inserted in the Old Testament afterwards. And. the earliest books of The Holy Bible were not written in the times that are described.

However, with the discovery of the tablets from the northern Syria, the word “Canaan” does appear, contrary to the claims of the critics.

This tablets proved that the term was actually used in ancient Syria during the time in which the Old Testament was written.

Additionally, the cities of Sodom and Gomorrah were also thought to be pure fiction by Bible critics.

These cities are also identified in the Ebla tablets, in addition to the city of Haran. Haran is described in Genesis as the city of Abram’s father, Terah.

Before this discovery, ‘scholars’ suspected the actual presence of the ancient city.

Additionally, countless other archaeological findings confirm the Biblical records to be real and accurate.

The campaign into Israel by Pharaoh Shishak (1 Kings 14:25-26) is recorded on the walls of the Temple of Amun in Thebes, Egypt.

Some of these findings are listed below:

Defeat of Ashdod by Sargon II (Isaiah 20:1) is recorded on his palace walls.

Campaign of the Assyrian king Sennacherib against Judah (2 Kings 18:13-16) is recorded on the Taylor Prism.

The siege of Lachish by Sennacherib (2 Kings 18:14, 17) is recorded on the Lachish reliefs.

Assassination of Sennacherib by his own sons (2 Kings 19:37) is recorded in the annals of his son Esarhaddon.

Fall of Nineveh as predicted by the prophets Nahum and Zephaniah (2 Kings 2:13-15) is recorded on the Tablet of Nabopolasar.

The fall of Jerusalem to Nebuchadnezzar, king of Babylon (2 Kings 24:10-14) is recorded in the Babylonian Chronicles.

The fall of Babylon to the Medes and Persians (Daniel 5:30-31) is recorded on the Cyrus Cylinder.

Captivity of Jehoiachin, king of Judah, in Babylon (2 Kings 24:15-16) is recorded on the Babylonian Ration Records.

Freeing of captives in Babylon by Cyrus the Great (Ezra 1:1-4; 6:3-4) is recorded on the Cyrus Cylinder.

Previous TOP FOOTBALLERS GIRLS ARE FALLING FOR
Next NAIRA MARLEY: I WAKE MY WIFE WITH ERECTION 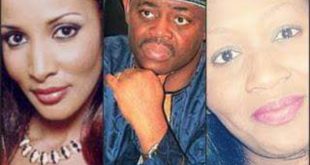 ........Does anyone in Ojukwu's will need me to prove that Bianca is NOT a virgin and I will protect a victim ... Kemi Olunloyo alleged And up till date........