Breaking News
Home / Featured / LUCKY DUBE: REUNITE ME WITH MY SON, BEFORE I DIE 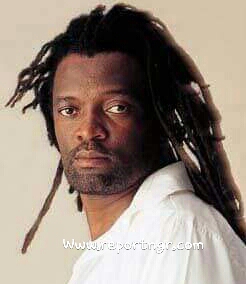 LUCKY DUBE: REUNITE ME WITH MY SON, BEFORE I DIE

“I am the biological father of Lucky Dube. I regret my action that led to my family separation. I need transport money to reunite with my son , Lucky Dube” – Elias Mhlanga Dube.

#The mother to Lucky Dube— Liz Zethu— Mr Dube’s alleged wife later died due to heart attack after she heard that her husband had married again, something Lucky Dube confirms in the track ‘Remember Me.’#

ALMOST four years after visiting The Church Newspaper offices to ask for assistance to travel to South Africa to search for the family of fallen Raggae star Lucky Dube whom he claims was his son, a Matero based man Elias Mhlanga Dube has again returned to our offices to make the same plea.

Some 12 years have now gone since the murder of Lucky Dube, Africa’s most celebrated reggae icon.

And while some reggae lovers around the world still remember and celebrate the singer through his music, the memory of the singer sends Mr Elias Silas Mhlanga Dube into pain and tears.

This 80-something-year-old Mhlanga Dube is the Lusaka man who sometime back stole headlines as he went round claiming to be Lucky Dube’s biological father. Yes, the same man the singer was asking to ‘remember him’ in the 90s hit track ‘Remember Me.’

Mr Dube took us through the events that led into him separating with his ‘son’, his brief walk in the world of darkness.

Mr Dube who is now a carpenter begins his story by rolling us back to 1958 when he left South Africa telling his now late wife (supposedly) Liz Zethu Dube that he had gone to Zambia and would be back within 3 months.
But the truth was that he had gone looking for juju which he was hoping could protect him from being further bewitched by his former boss whom he identifies as Alison Sithole.

“I left my then wife, Liz Zethu Dube hoping I was going to be returning in less than three months from day of departure in 1958. Unfortunately, until this day l never had the chance of returning to South Africa. My main aim was to look for traditional medicine that would immunise me against that of my former boss who l strongly believed had bewitched me,” he said.

He said of his working relationship with Mr Sithole:

“When l was working with Sithole for eight years, l respected and treated him with honor like a father and friend. I was so honest to him but in the end, he rewarded me with evil spells,” he said.

“I had no intention of disappointing him, but l had to leave him for another job where a certain white man offered me a higher salary. Unlike in the past where my job would come first, at this moment l opted for money first because l had just got married and needed more money to look after my wife and the baby.”

Mr Dube recalls that he then travelled breath and width of Southern Africa in search of what would liberate him from evil spiritual sanctions imposed by his former boss. But he didn’t succeed as whatever that was offered never gave him a permanent solution.

That is how he found himself stuck in Zambia in the early 60s. Although he missed his family and very much wanted to reunite with them, there was no way he could do so.

The mother to Lucky Dube— Liz Zethu— Mr Dube’s alleged wife later died due to heart attack after she heard that her husband had married again, something Lucky Dube confirms in the track ‘Remember Me.’

When Lucky Dube started his professional singing career, his supposed father back here in Zambia had no idea whom he really was. It was not until Lucky Dube released the hit track ‘Remember Me’ in which he sung

“dad, wherever you are, remember me”

that Mr Dube realized that the singer was actually his biological son.

It was at this point that Mr Dube decided to go public with his claims that Lucky Dube was his biological son. The local media feasted on this story while the general citizenry thought he was probably a ‘Chainama case.’

When Lucky Dube visited Zambia for a performance in the mid 90s, Mr Dube made some efforts to meet his ‘son.’

“There was one musician, the late (Ackim) Simukonda who told me to write a letter and would deliver it to him because if l make attempts of going to see him at the stadium, they would be futile due to high security around him.

“Unfortunately, we missed each other when he came to my carpentry shop…l was away. And that was the end of it,” recalls Mr Dube.

And when Lucky Dube was murdered in 2007, crew from ‘Ilyashi lya Pano Isonde’- the ZNBC Radio 1 Bemba news program were on hand to cover Mr Dube as he solicited for funds from well wishers to help in his transport arrangements to South Africa to mourn his ‘son.’

However, his begging bowl came back with nothing to write home about because instead of helping out, most Zambians laughed him off.

But Mr Dube’s dream to reunite with his relatives in South Africa has never died and he believes this is what his ‘son’ would have loved to see him do if the lyrical content of ‘Remember me’ is anything to go by.

“The only way to fulfill Lucky’s request is to go back where l started from. And that is to meet his family and l am certain this will eventually come to pass. Each time l hear the song (‘Remember Me’) l break into tears.”

“I hear that one of Lucky’s daughter (Nkulee Dube) is a musician. God willing, l would love to meet her. I would be interested to meet all his other children who lam told are seven in all.

S“Back home in Chipinge, my father was a village headman and was polygamous with at least five wives which literary mean that l have several brothers and sisters I am yet to meet.
“I hear that some of my brothers work at a coffee factory,” he said

Mr Dube who is now born again says he regrets involving himself in African magic saying it was his involvement in the evil practice that led him into being permanently away from his family.

He advised Christians not to entertain witchdoctors or anyone who promotes witchcraft.

“Witch doctors are a lie. I went to Malawi and Mozambique but they offered short lived help. Only God will offer a permanent solution to your problems,” he assured.

He encouraged Christians that although they may have made serious mistakes in the past, they can still do something to make things right.

“We mostly regret of our past because they hold landmarks that grant us teaching for this day. The most important thing is to now be filled with remorsefulness and correct all that we did wrong. It is never too late,” he said.

“God is fantastic. The day I accepted Him to be my true living savior, l felt my life at ease. There shall never be another God l will follow except the one who sent his begotten son to die for me on the cross.”

And Mr Dube who is now frail says he will only die in peace if he manages to reconnect with the surviving family of Lucky Dube. He is appealing to Zambians to help him raise the bus or air fare to South Africa so that he can “go back to my roots”— like his alleged son Lucky Dube sung in the hit track ‘Back to my roots.” 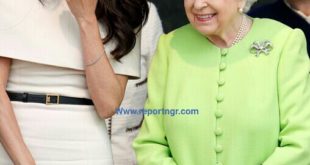 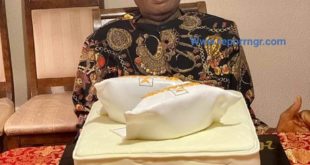 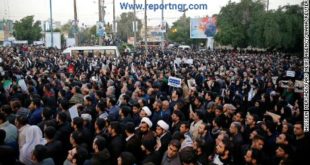 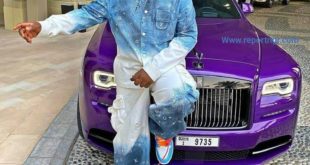 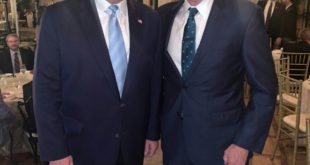 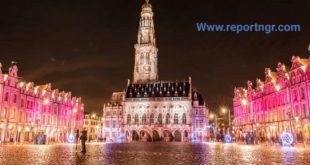