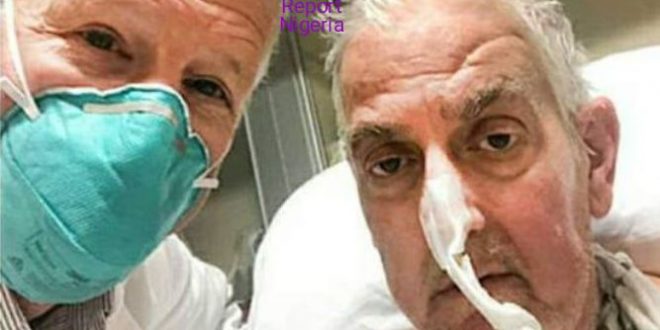 David Bennett was a native of Maryland in the United States of America. In January 2022 Bennett received a genetically modified pig heart transplant.

This became the first of it’s kind in heart transplant surgery.

Surgeons at the University of Maryland hospital successfully transplanted a modified pig heart into David Bennett who was down with end-stage heart disease in a first-of-its-kind procedure.

He was 57 years old and became the first person ever to receive a heart from a gene-edited pig.

According to officials of University of Maryland School of Medicine, David Bennett’s condition began to deteriorate several days ago.

The 57-year-old Maryland man who had received a genetically modified pig heart in a first-of-its-kind transplant surgery has died, the University of Maryland Medical Center said Wednesday.

His condition began to deteriorate several days ago, said officials with the University of Maryland School of Medicine, who announced his death.

It was learnt that David Bennett was already at end-stage heart disease when he received the transplant.

Experts believe that Bennett might have lived longer if he had received the transplant earlier. As he showed no form of tissues rejection after the transplant.

Previous Become A Blogger; Grab Namecheap Offer To Own A Fully Sponsored Website
Next Black Panther Director Handcuffed, Tagged Robber-Blacks Say They Are Not Safe In America