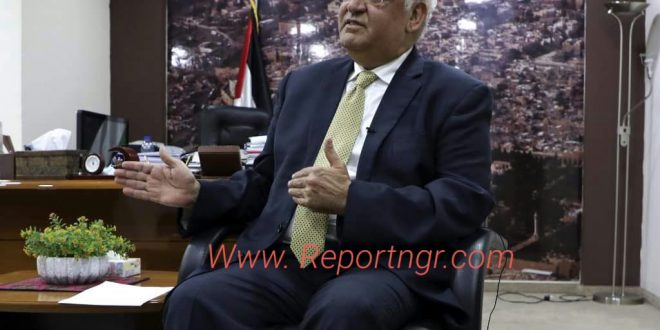 PALESTINIAN SPOKESMAN DIES OF COVID 19 AT 65

He has been a veteran negotiator and prominent Palestinian spokesman for more than three decades.

A WOMAN CAUGHT SELLING HER BABY TO BUY CANVAS

LATEST OF DOWN SYNDROME COUPLE WHO CELEBRATED 25 YEARS OF MARRIAGE

The spokesman died after being infected by coronavirus.

Saeb Erekat, was a veteran peace negotiator and prominent international spokesman of the Palestinians for more than three decades.

He died on Tuesday, weeks after being infected by the coronavirus. He was 65 years.

Erekat was involved in nearly every round of peace negotiations between Israel and the Palestinians going back to the landmark Madrid conference in 1991. When he famously attended draped in a black-and-white chequered keffiyeh, a symbol of Palestinian nationalism.

However, over the next few decades, Erekat was a constant presence in Western media. In the Western media, he tirelessly advocated for a negotiated two-state solution to the decades-old conflict.

He also defended the Palestinian leadership and blamed Israel for the failure to reach an agreement.

His Fatah party announced his death in a statement.

Above all, a relative and a Palestinian official confirmed his death speaking on condition of anonymity due privacy issues.

The spokesman is survived by his wife, two sons, twin daughters and eight grandchildren.

His funeral would be announced by the family.