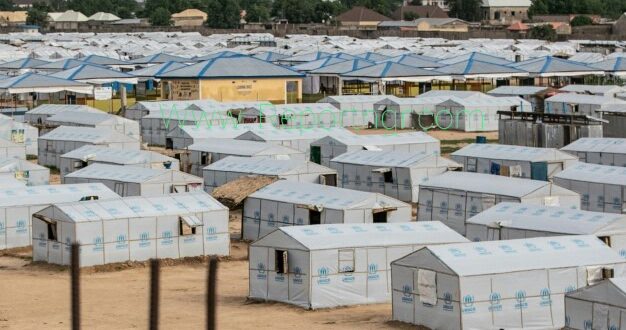 Nigeria IDP camp has been gulfed by fire. The fire has displaced thousands of residents.

A fire at an internally displaced persons camp in northern Nigeria left at least 7,200 people without shelter, authorities said early on Wednesday.

A total of 1,200 tents were burned in the fire at the camp in Gajiram village in Borno state, according to Yabawa Kolo. Yabawa is an official of Nigeria’s Emergency Management Agency (NEMA).

According to Officials, the incident which occurred last week, was the latest in a “series of the annual fire outbreaks” at the camp.

The IDP camp occupants includes those who escaped the violence of the Boko Haram armed group.

Five children were killed and 7,457 people lost their tents in a fire last year at a refugee camp in Borno state, reported Anadolu Agency.

Armed groups have forced more than two million people to flee their homes since 2009 when Boko Haram began an armed campaign.

Some 30,000 people have been killed in the conflict and millions forced from their homes.

Most of the displaced persons have been housed into squalid camps where they depend on food handouts from international charities.

Scores of civilians are still trapped in remote communities and are unable to flee because of a lack of security on roads.

The violence has spread to neighbouring Niger, Chad and Cameroon, prompting a military response.

Armed groups have forced more than two million people to flee their homes since 2009 when Boko Haram began an armed campaign.

Previous AWARD: NIGERIAN AMONG UN “WOMAN POLICE OFFICER OF THE YEAR”
Next JOURNALIST ARRESTED FOR EXPOSING ATROCITIES IN GOVERNMENT