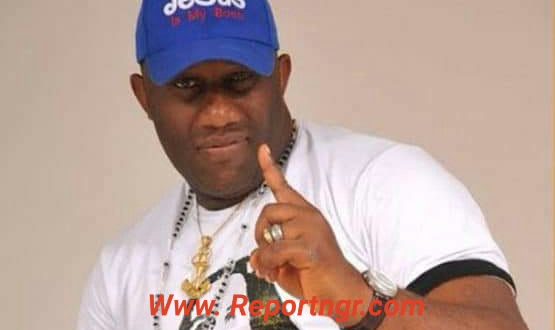 According to the information gathered by our correspondent, the actor was said to have slumped and died around 9pm on Tuesday 26th January 2021.

His wife Jeniffer reportedly called his fellow actor Desmond Elliot to announce the death to him.

Read Also: How My Domestic Staff Paid Me Back With Evil – Bayo Adedeji

Also, a top Nigerian journalist at The Guardian Nigeria, Shaibu Husseini, also took to his Facebook account to confirm the death of Ernest Asuzu.

Until his death, Ernest Azuzu was said to have been battling with stroke since 2014.

Nevertheless, in January 2020, a video of the actor pleading for alms went viral on social media.

In February, the Actors’ Guild of Nigeria (AGN) announced it was making plans to help Ernest get back on his feet.

Watch this video of Azuzu:

The wife stated that her husband fainted on Tuesday evening and never woke up.

Ernest Asuzu began his acting career in the late 1990s when he joined the Nigerian movie industry (Nollywood).

He rose to fame after acting in the Nollywood blockbuster movie
“Another Campus Queen” a movie that brought him to limelight.

He became a public figure in Nigeria after featuring in the blockbuster movie titled “Rituals”.

Previous How My Domestic Staff Paid Me Back With Evil – Bayo Adedeji
Next See The Highest Grossing Nollywood Movie Omoghetto, The Owner Will Shock You